Happy Wednesday! I’ve had a busy week so far with lots of family time so things have been a little quiet here this week! My little brother, Marcus, has been in town for the past couple of months working and just went back yesterday afternoon so we had to get in some extra time with him over the past few days! I didn’t want to keep quiet all week, so I figured it was time for an Indy update! He’ll be six months old next week so I better keep track of some things here before I forget them entirely! 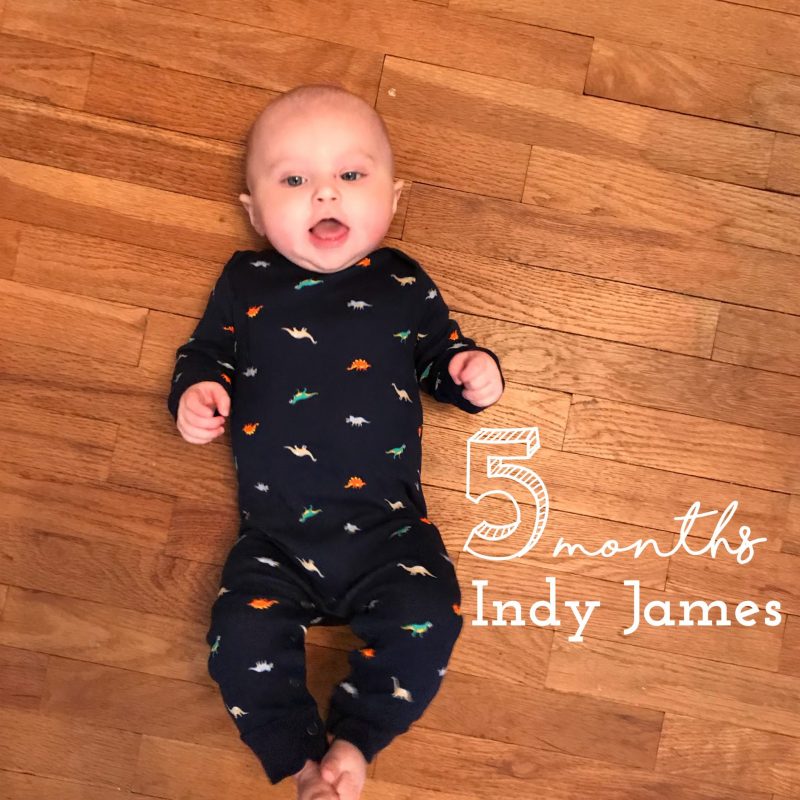 Indy’s still as sweet and happy as could be! He’s been sleeping a solid 10+ hours a night for the past month or so, with the exception of a growth spurt this week, so we’ve had some good bonding time between 2 and 4 AM the past couple of nights. :) 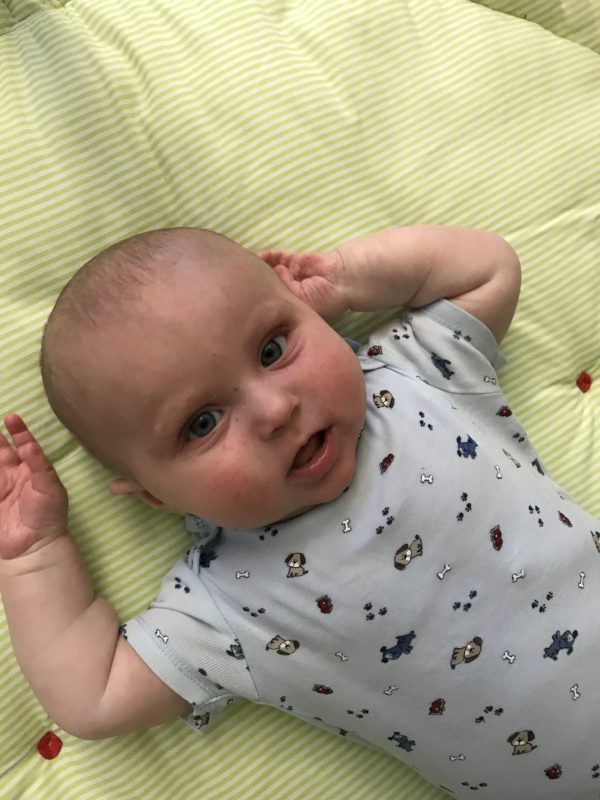 He’s not super interested in rolling over, though he has a couple of times. He’s just discovered his feet in the past week or so so he’s been rocking back and forth a lot more. I predict he’s rolling around all over in the next few weeks! 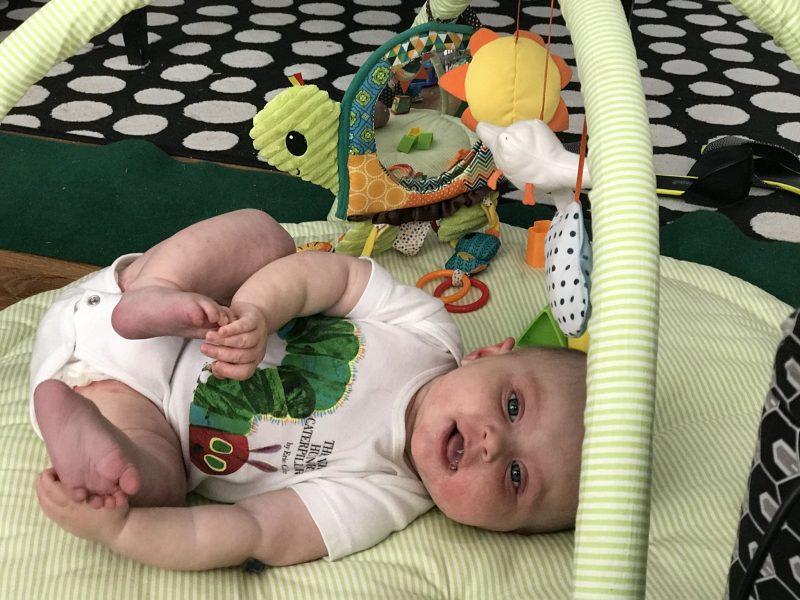 His current favorite thing? Standing. He wants to stand up all.the.time. And if he’s not just standing, it’s jumping. I’m a little nervous we’re going to skip the crawling phase entirely and move straight to running, so…prayers, please. :) 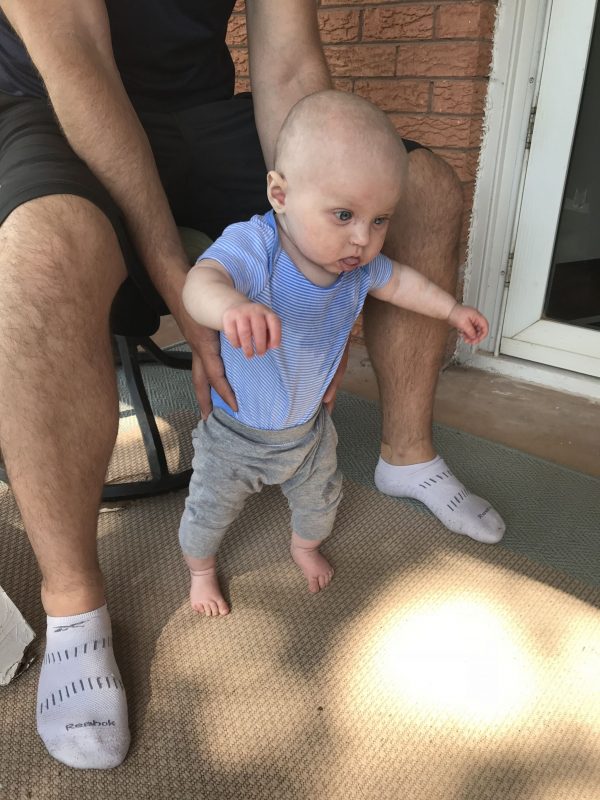 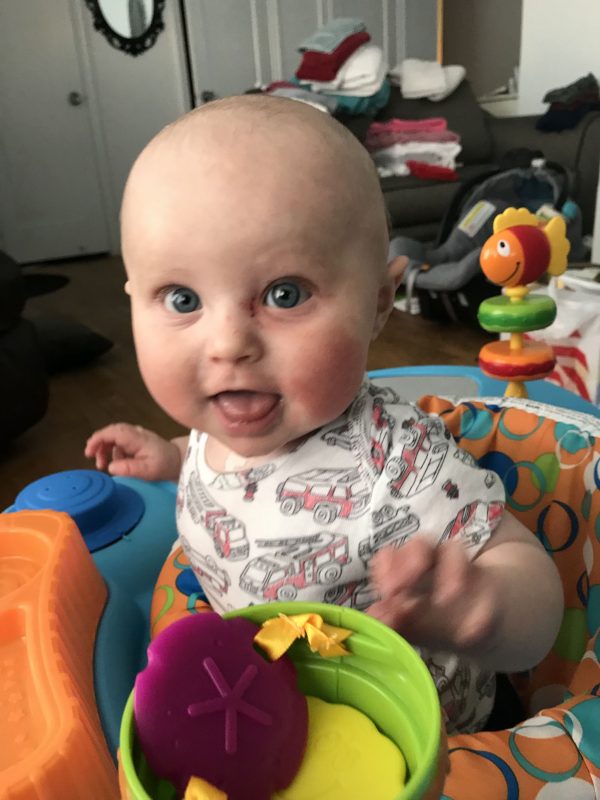 Hoping this exer-saucer will give my arms a bit of a break!

He’s had a few foods now, cereal, green beans, and a mixture of peas/carrots/spinach. And we give him a few spoonfuls of a applesauce/peanut mixture every day, which is supposed to help babies that have bad eczema (like Indy) not develop a peanut allergy later. He likes eating all these foods, mainly because he wants to feed himself with a spoon. 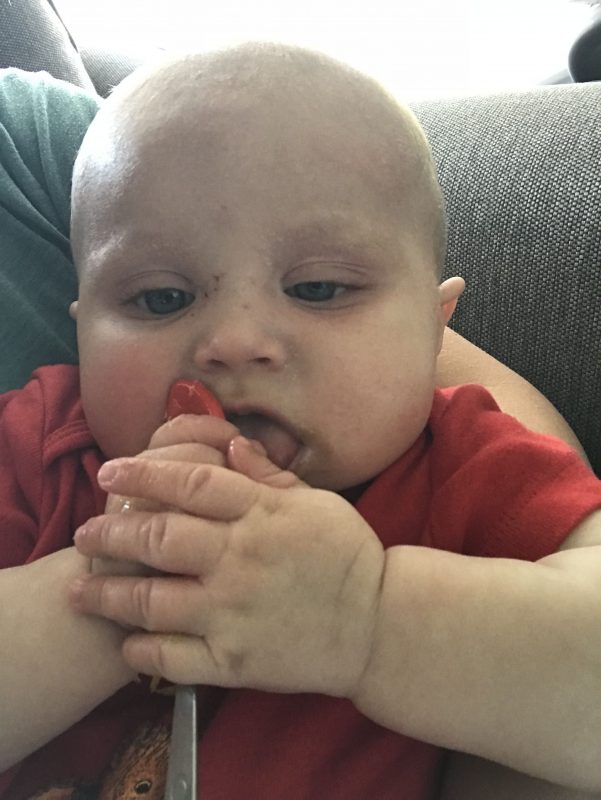 He’s still chattering and yelling all the time, enjoying his toys, drooling NONSTOP, and being the sweetest kid on the planet. We’ll keep him! 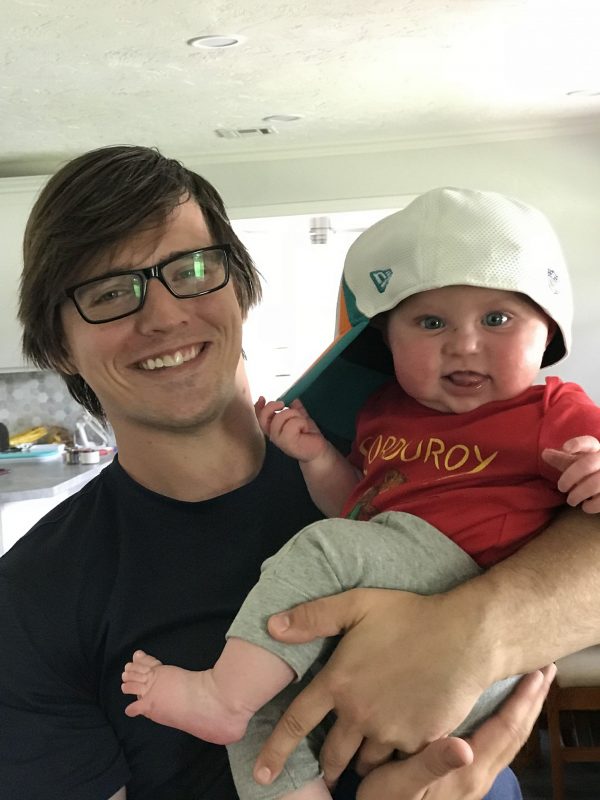 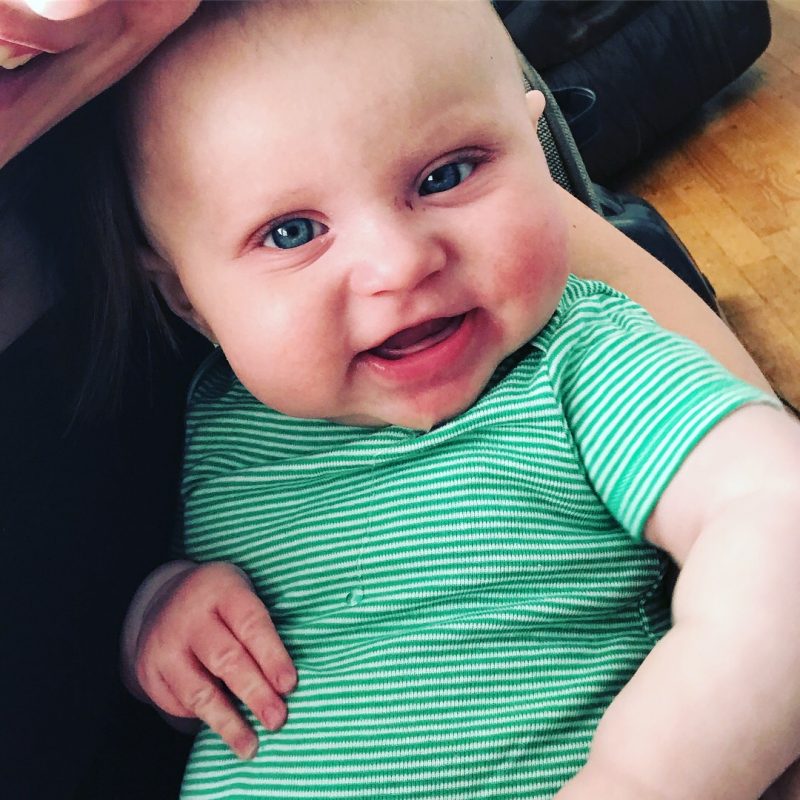 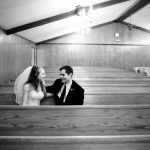 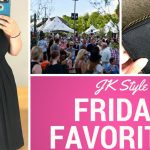 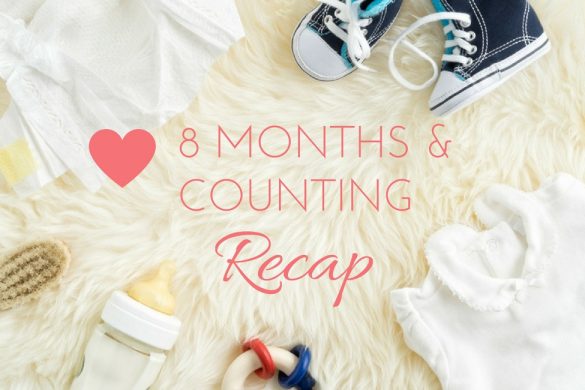 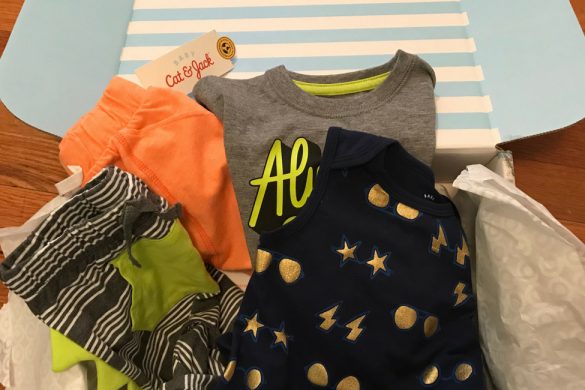 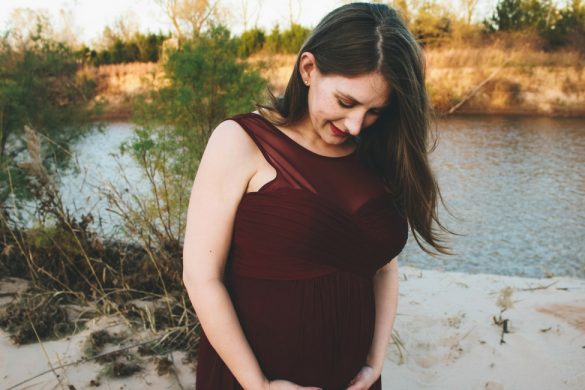 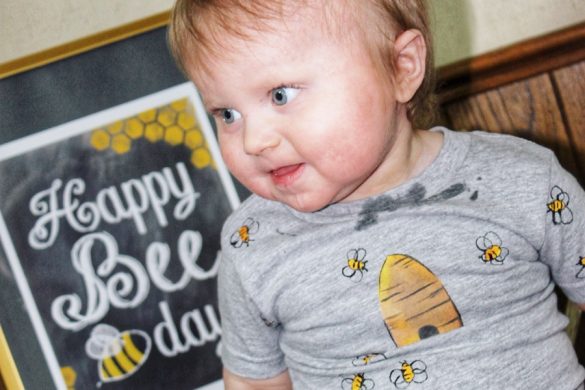 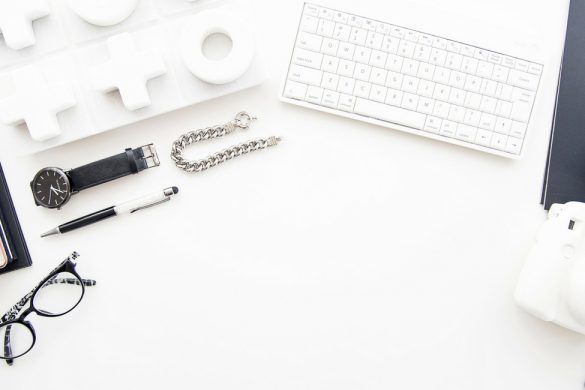 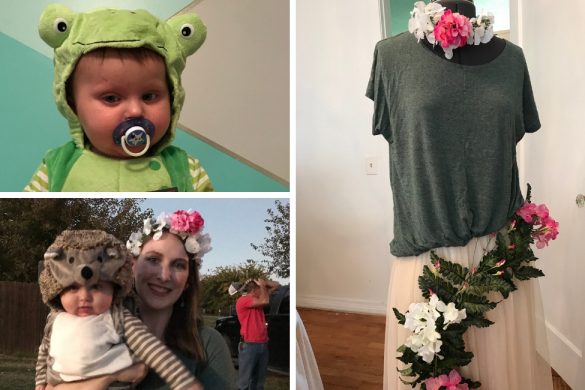 My Halloween Costume (and Indy’s too!) 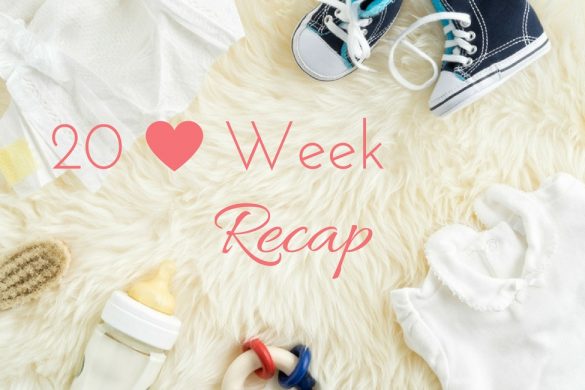 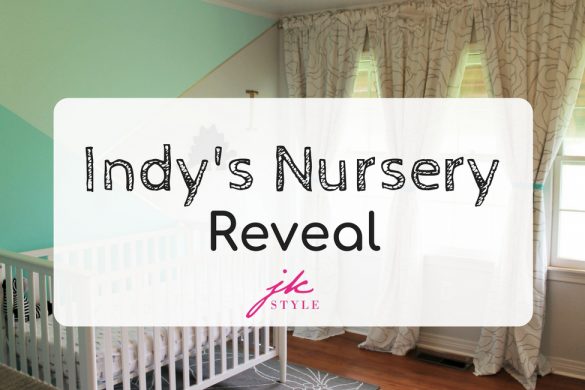 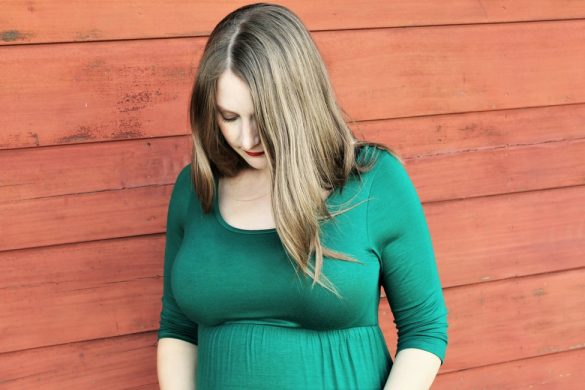 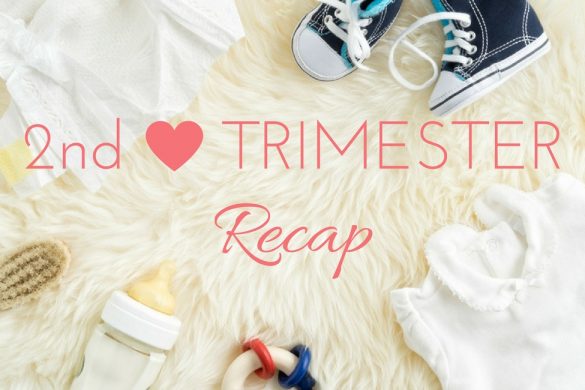