I’m more than a third of the way to meeting this little baby and I figured I’d better keep some sort of record of all this stuff! If babies and pregnancy don’t interest you in the slightest, no worries! Come back tomorrow for my Friday Favorites which will include NO MENTION of babies or pregnancy, I promise!

How I Found Out

If it weren’t for some weird little stomach cramps that I had felt off and on for a couple of days I have no idea when I would have figured it all out! I had just noticed these little stomach pinches off and on and knew they were different than anything I’d ever felt before. I contemplated asking Brent to bring home a pregnancy test on his way home from work (because I can’t exactly run into the local Dollar General to buy a pregnancy test without risking running into half a dozen people I know). Of course I didn’t and didn’t even bring it up that night until we were in bed. I figured if I just mentioned it to Brent he’d agree it was probably nothing and then I’d just quit thinking about it and go to sleep! Instead, he said there was no way he would be able to go to sleep wondering about it so we got out of bed, hopped in the car and drove to the nearest Walmart (about 20 minutes away) where Brent purchased two different pregnancy tests and a king size Kit Kat bar (because why not?) at 11:30 at night.

I took one of the tests, set the timer on my phone and waited. The timer went off and I checked the test looking for a plus sign. Nope, no plus sign. That’s when Brent told me I had taken the test that shows two lines for pregnancy and not a plus sign. Two bright pink lines staring at me. And that’s the story of how Brent told me I was pregnant!

Of course I took two more tests that night to confirm, two more bright lines, and one big positive plus sign later and we now had that weird knowledge of knowing we were most likely pregnant but had zero idea about what to do next!

The almost two weeks waiting for our first doctor’s appointment was torture and meant that I pretty much avoided everyone I knew during this time. The morning arrived for our first ultrasound and doctor’s appointment and I still kind of expected the ultrasound technician to tell me that the tests were a fluke and there was nothing there. Wrong! There was one tiny little blob on the screen showing I was between seven and eight weeks pregnant. It’s been about eight weeks since that first appointment and I still can’t get over how weird all of this is!

How I’ve Been Feeling

Pretty good! I had a few weeks in there of just feeling sick and yucky. Not so much nausea as much as dizzy spells, headaches, a general car sickness feeling, and just total exhaustion. I tried to keep up with my normal routine as much as possible but there were about two or three weeks I just shut off my computer (for the most part) and rested. I haven’t really taken any time off from working in the past few years and I decided this was as good a time as any to just take a break! Considering the computer was pretty much the only thing that made me feel really sick, I think this was a good idea! Once I hit the second trimester my computer aversion has lifted, which is nice because I was beginning to think I was going to have to find a new career!

Red meat! I’ve never been a huge fan and usually stick to chicken when it comes to my protein of choice. This baby does not care for chicken (though that’s been getting better lately), but wants ground beef or steak! I’ve probably eaten more cheeseburgers and steaks in the past couple of months than I’ve eaten in the past year!

The other thing I can’t get enough of? Pickles. I have always loved pickles but now the love has definitely intensified and we now have those gigantic pickle jars in the fridge. Speaking of pickles, I think I could use one now! 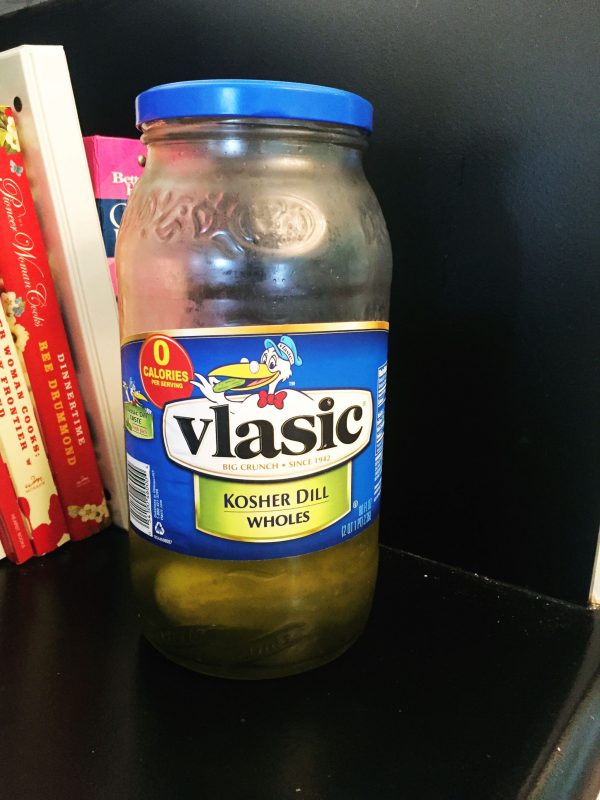 Other than that I’m still in that stage of trying to find foods that sound good to me (still a lot of food aversions happening) and I feel like I’m eating the same things constantly. I think for me eating certain foods is still less for cravings and more so just finding the few things that sound good to eat!

More doctors appointments, my second trimester ultra sound, and trying to accomplish as many things as possible before the third trimester! Right now we’re leaning toward not finding out the baby’s gender but we’ll see if we crack! What do you think, should we find out?

That’s my basic first trimester recap! I’m hoping for this energy return to last for a bit so I can try to get the house in order (because of as now the baby will be sleeping on piles of laundry) and try to work ahead a bit so I’ll be in a better position work-wise come December! 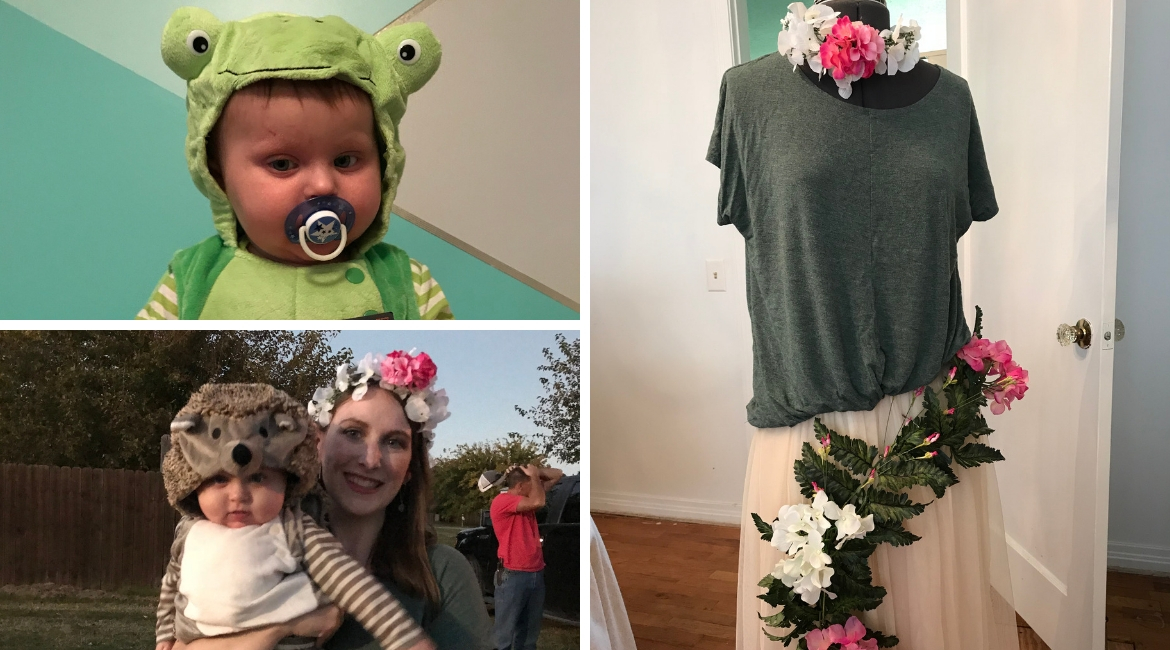 My Halloween Costume (and Indy’s too!)

Book Signings and My “Famous” People