I mentioned in yesterday’s post that there were a couple of book signings over the weekend at TxSC CAMP. A little more on that:

Let’s rewind seven or eight years back. I’m working a corporate job that feels like it slowly killing me. I was so miserable. But, bills are bills and corporate job it was. During this time I discovered New Dress A Day. I can’t even remember how I found it, but I read it every day. Marisa, the author of the site, embarked on a year long journey of reworking thrift store dresses and creating a new dress every single day while only spending $1 on each. 365 dresses/$365 dollars. Isn’t that an amazing idea?

So, here I am, a miserable lady in the middle of Oklahoma with a soul-sucking desk job who dreams of creative endeavors and more freedom. I find Marisa, a super creative, super cute girl with an awesome plan who is inspiring all those around her!  One of my best moments lately? Getting to tell Marisa in person how much she impacted my life! (I may have teared up just a bit in the process!) It’s amazing the reach you can have in the world, you know? So, so happy to get to meet her and tell her what a fan I am! We hugged, we chatted, I got her book, had her sign it, and left without paying. Oops! (Luckily I did remember and went back to pay!) It’s safe to say, I’m even more of a fan now than I was before!

First off, I’m not easily impressed with mainstream “celebrity”. I’ve seen and met quite a few well-known folks over the years and I’m not one to freak out over a random celeb-sighting. Let me clarify, I’m not known to freak out over a movie star sighting. Fashion people and other creative types I’ve come to adore and respect? TOTALLY DIFFERENT STORY. (For example, should Tim Gun ever be in my immediate presence I may actually faint.)

Rewind to the summer of 2009. I somehow hear that Lauren Conrad is doing a book signing in Dallas for her new young adult novel. On a whim, my little brother and I decide to make a trip to Dallas for the event. Weird? Sure. At this point I’m mid-twenties, married, have a “real” job, etc. Road trip to meet a reality star-turned designer-turned young adult author? Why not? You can bet we hopped in line with a big group of teenage girls! Guys, I for real think Lauren and I could (and should) be friends in real life. I mean, it just makes sense. (In my head, anyway.)

Anyway, that isn’t the book signing I’m referring to (though it’s pretty hilarious). One of Lauren’s books is dedicated to a Sophia and being a naturally curious person (AKA light internet stalker) I do a little research. Pretty soon I’m now following Sophia Rivka Rossi on Twitter (and Instagram once I join that a few years later). Not only is she hilarious, she seemed pretty cool, in a real-life, normal “friend” kind of way. (Plus, she went on to start HelloGiggles and just wrote a book, A Tale of Two Besties.)

And in following with my emotional sharing this weekend I also decide to tell Sophia that I’m a huge fan and that she was the deciding factor in my even going to TxSC. (Seriously, I was debating on going and when they announced her as the closing speaker I had signed up within minutes.) She was really sweet (and seemed surprised) at my proclamation, though I’m fairly certain she thinks I’m nuts now. It’s cool though, more than likely our paths won’t cross again in the near future. (So one day when I am BFF with both Sophia and LC, neither will remember this story.)

Happy Thursday, people. The weekend is in sight! 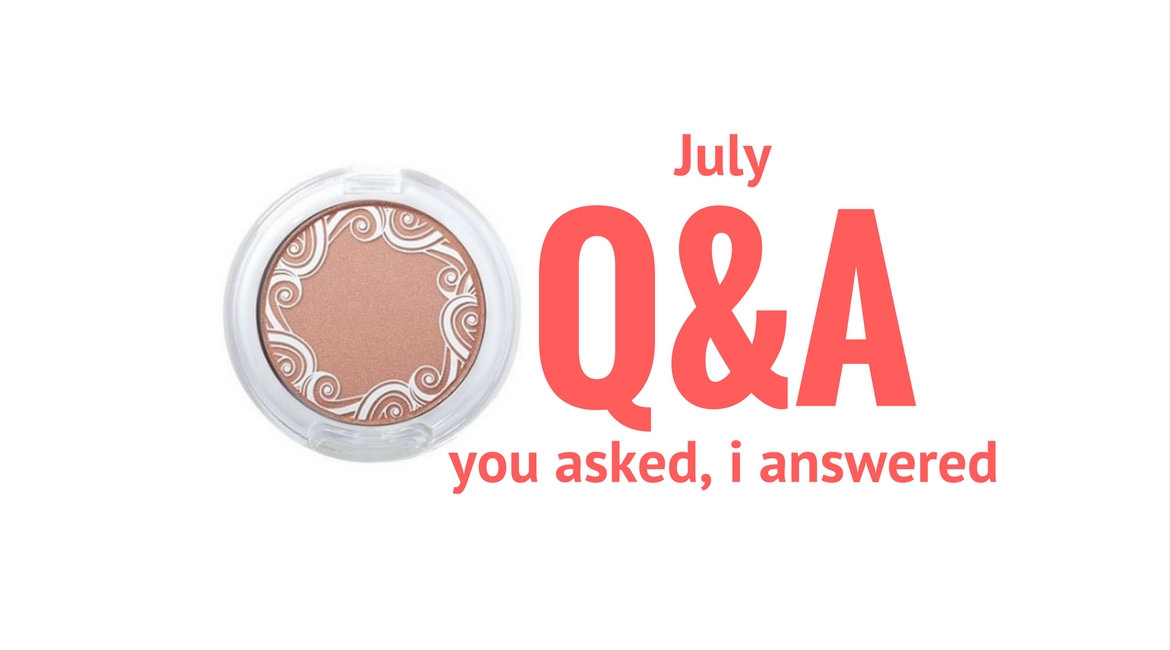 July Q&A: You Asked, I Answered

Who is JK Style?