I just had a fantastic trip with my friends to the Pacific Northwest and wanted to recap a little of it here, mostly so I don’t forget! It’s not too often that the four of us get together, in fact, all four of us haven’t been all together in about four years! I love these girls and have so much fun with them when we’re together! And it was really fun getting to tell them one by one that I was pregnant!

I flew into Portland on a Tuesday morning where I met my friend Kelsey at the airport. We grabbed a cab and took a short drive to an Airbnb my friend Stephanie was already staying in and spent the day catching up with a couple of outings to get food. Stephanie had been in Portland for some training (she’s a Pilates instructor and owns a fantastic studio in Edmond, OK) so we were happy to meet her there and spend a day or so checking things out before we headed to Seattle!

Wednesday we were able to spend some time in downtown Portland visiting Pine Street Market for lunch (where we met up with a college friend), a trip to the Lan Su Chinese Garden (formerly the Portland Classical Chinese Garden), and then a quick trip to Powell’s books before we boarded a train to Seattle.

I have traveled quite a bit on the European rail system but have never taken a train in the US! The ride was gorgeous and we arrived in Seattle late Wednesday night where my friend Abby picked us up! Abby’s lived in Seattle for a few years now so I was so excited to finally get to see her new hometown!

Thursday through Saturday was spent strolling cute neighborhoods, eating delicious food, visiting Bainbridge Island (worth a visit!), a trip to Pike Place Market, and lots and lots of laughing at the ridiculous inside jokes and weird humor only friends who have known each other for years and years can. The weather was supposed to be rainy the entire time we were there but it couldn’t have been more beautiful! Sunny days and weather in the 60s – it was perfect! 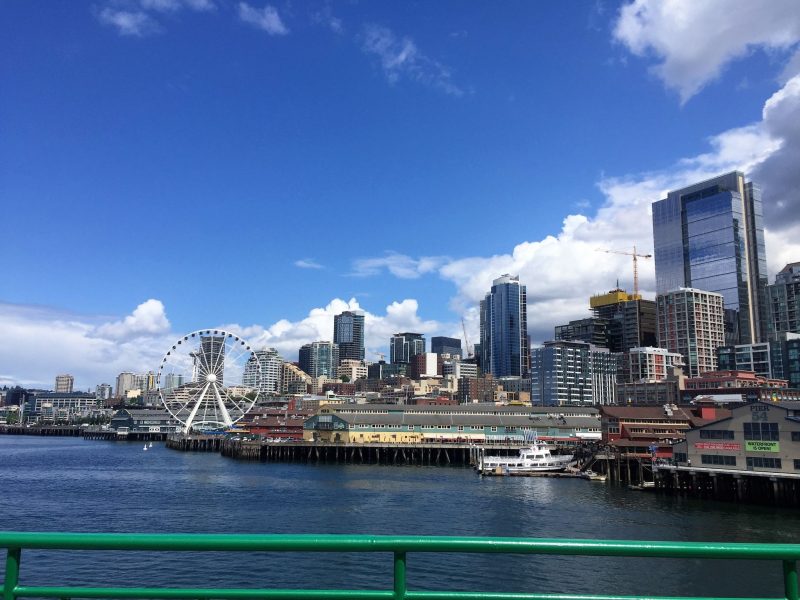 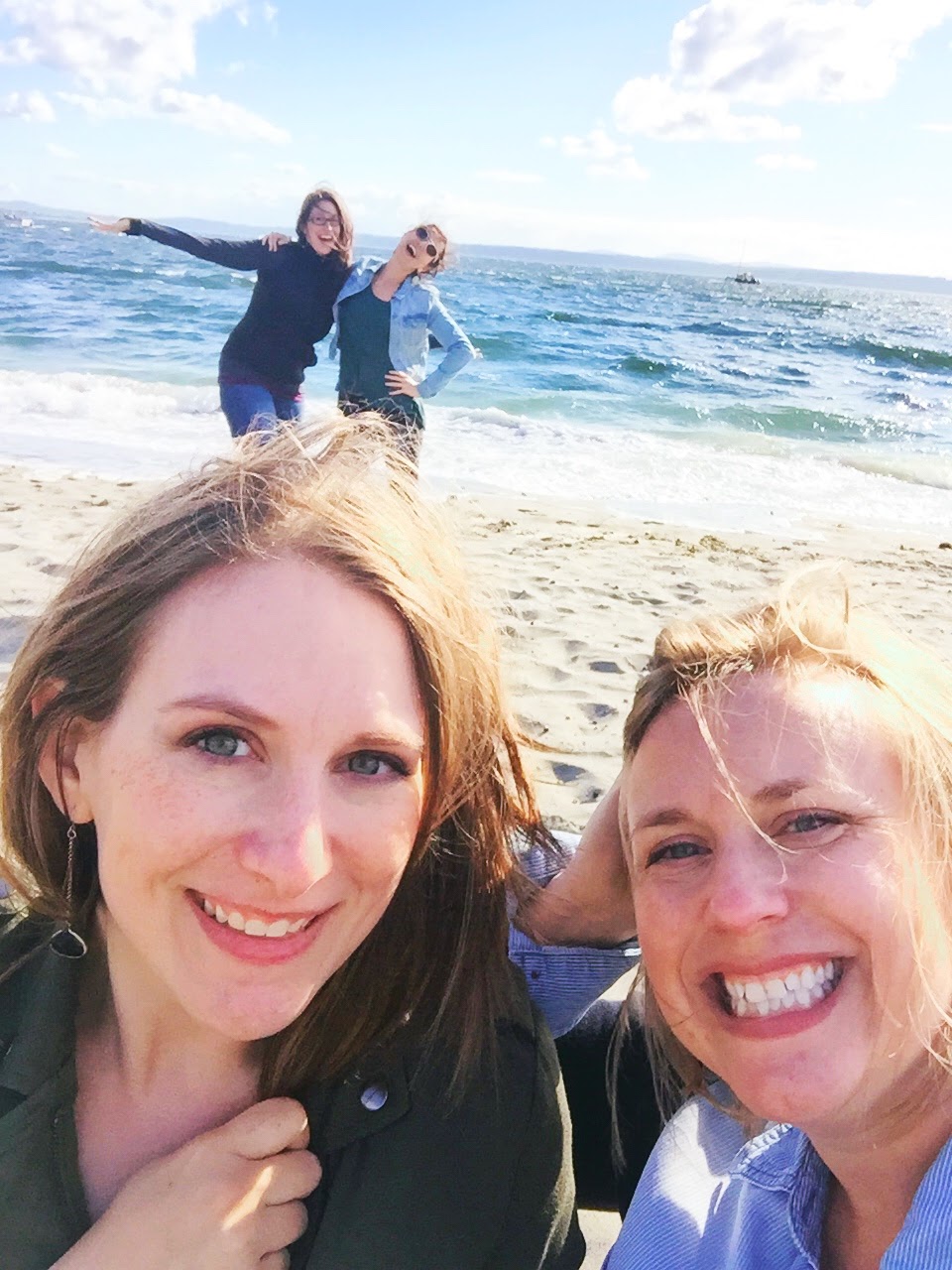 Sunday morning Kelsey and I took a flight to Denver to start the last leg of my trip! A guy that worked on the movie with me last summer was getting married Sunday evening a little outside of Colorado Springs. After a quick shower at Kelsey’s apartment she drove me to the wedding where we met my brother, Marcus, and then proceeded to help film the wedding. I knew Marcus was filming the wedding but I hadn’t quite put it together that Kelsey and I were going to be helping man cameras during the ceremony. That’s kind of stressful! Maybe it’s good we didn’t know ahead of time we would be doing it. :) Fingers crossed my camera was in focus!

Monday morning Marcus, Nate (another friend from the movie and additional cameraman), and I made the 9 hour drive home! Keep in mind that I was around 12 weeks pregnant during this trip. I was so happy that I got some energy back that week and was able to keep up with lots of walking (just a little slower than normal!) and felt great the entire trip. And then about four hours into the drive home I hit my wall and wanted to be home NOW. After almost fainting in a Taco Bell (that would have been such a classy story) I was able to force a little protein down and then rode the rest of the way home under an air conditioner at full blast. Poor Marcus and Nate must have been freezing! :)

I’m so happy I went on this trip and had such a great time. I am, however, also really really glad to be home and have spent several days catching up on sleep and sloooowly unpacking my suitcase. I’d love to go back to both Portland and Seattle at some point! Have you been to either? Tell me your favorite things to do so I’ll know for my next trip! 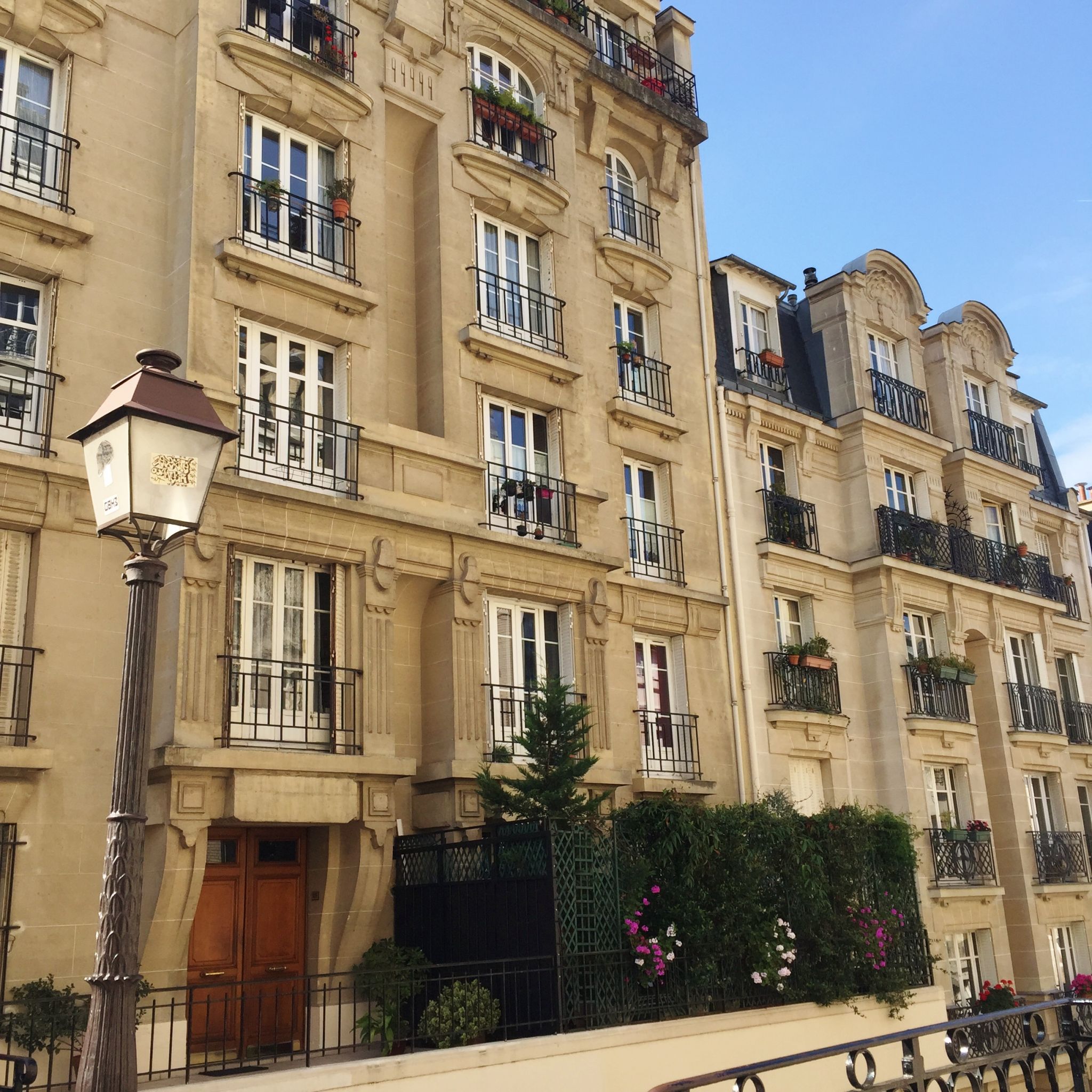 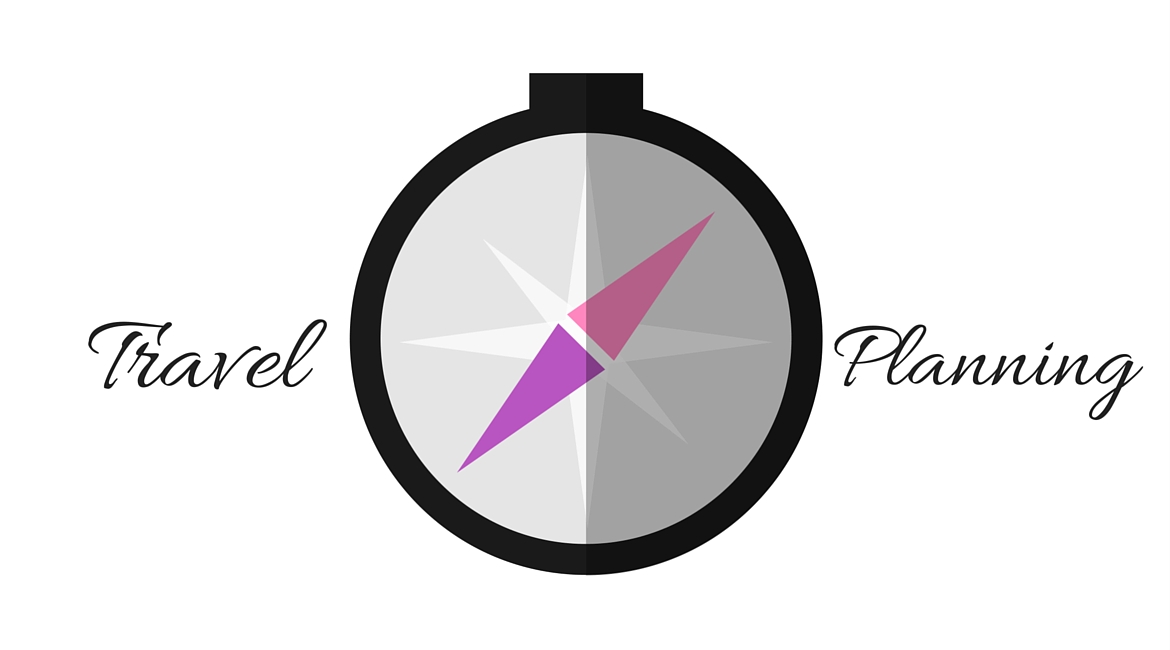 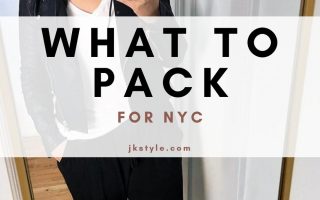 Travel, What to Wear

What to Pack for a Weekend in NYC (Some NYC Outfits Inspo!)