Anyone else need another weekend?  I feel like the past couple of days were both incredibly long (Brent was out of town and Indy is still dealing with eczema/teething/being a baby) and flew by (i.e. I got very little accomplished that I needed to!). Anyway, my April Trendsend box arrived and I thought I’d share what they sent this month!

After my last box I had updated my profile to let them know that I was looking for some business-appropriate wear that would work for a conference I’m headed to in a couple of weeks and that I was also interested in them sending me jewelry this go-round. Here’s what came in my April Trensend box:

(I didn’t have the energy to try things on and take pictures this weekend, just FYI!) 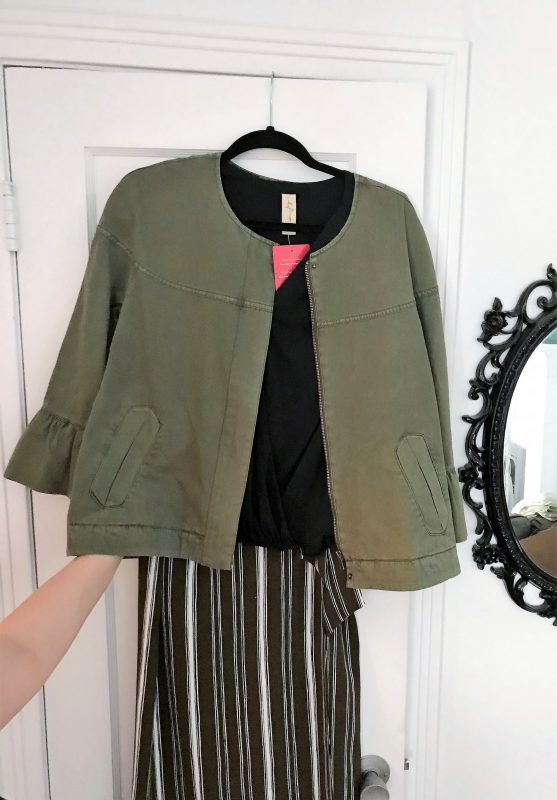 I like the idea of this outfit. My stylist said she chose the jacket to give the outfit some structure, which I like, and I like that the outfit “goes together” without being too match-y! Unfortunately the skirt was a little too small and the jacket too big. Plus, I’d like the jacket better without the ruffle on the sleeve, it just hit me weird. The black top underneath I did like, but I just bought a similar top recently. Overall the idea was almost there, just didn’t work for me. Pass! 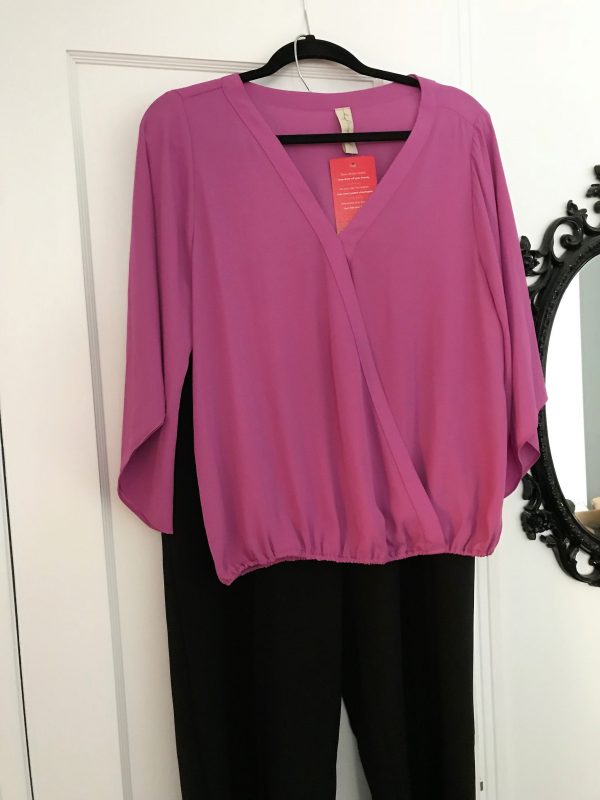 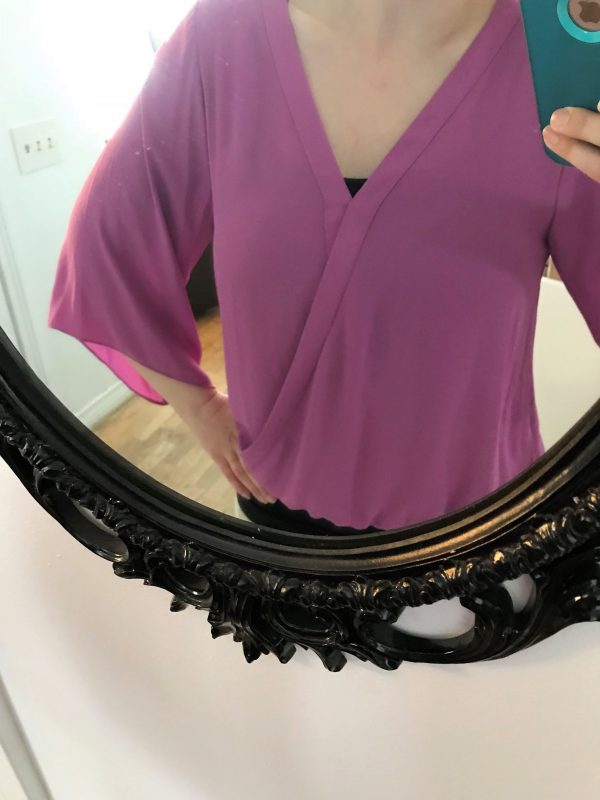 Another outfit I really wanted to like! The pants were wide-legged and I was hoping they’d work but the waist was way too big on me. The fit through the hips was almost OK so I don’t know that going down a size or two would have worked either! (Always the problem of a curvy girl!) The lavender top was nice, and I’m kind of tempted to keep it, but I wish it was a little big cheaper. I don’t know that it’s worth $60 to me. $40, maybe? Maybe I’ll stalk it online for a bit and see when it goes on sale! The black cami they sent to go underneath was a major win though! I always have one of these on under tops and the long length of this one is perfect for my long torso! I think I’ll be keeping this one! 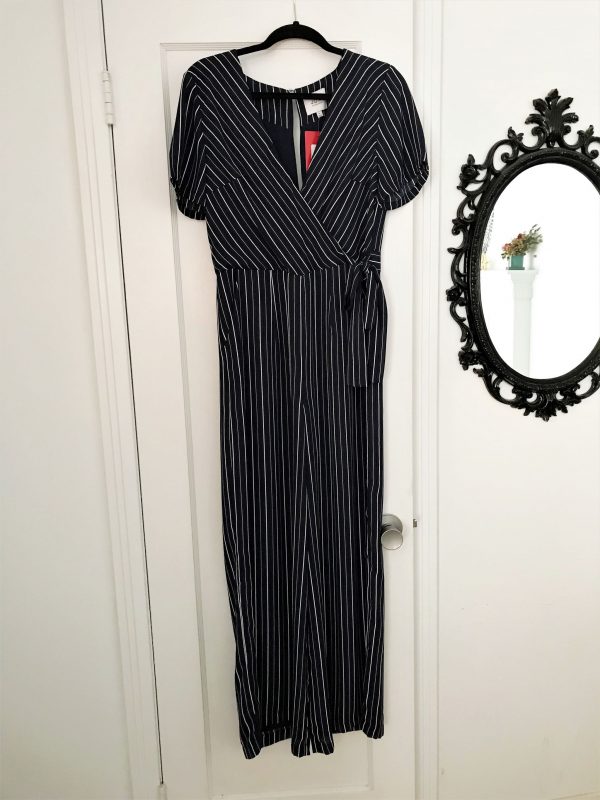 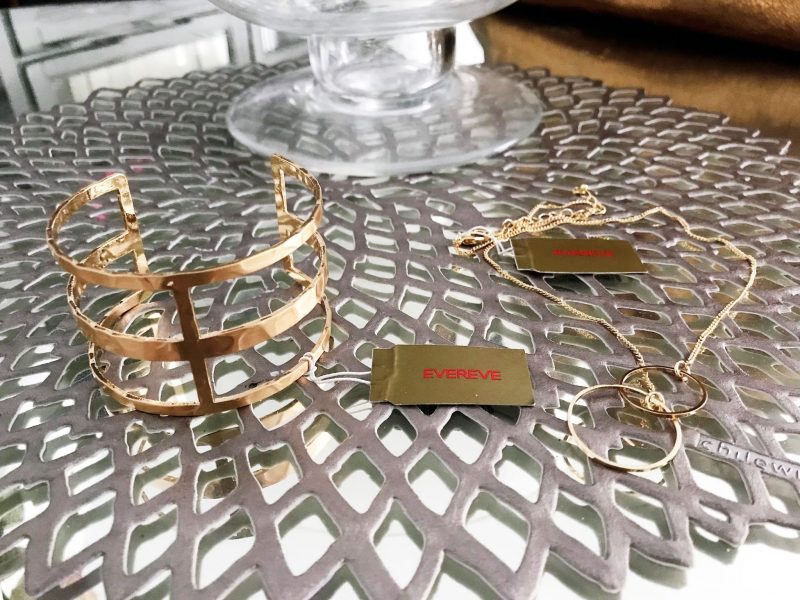 I really wanted this jumpsuit to work! Unfortunately with my super long torso it was not going to work! (I could barely pull the arms up over my shoulders, ha!) I do love a good jumpsuit but they have to be cut just right for them to work on me. The jewelry was pretty too, but still similar to things I already have. Another pass.

Final Verdict: I’m keeping the black cami and know I’ll be wearing it all the time. While I was happier with the styles they sent in this box compared to past boxes, unfortunately the fit was just off. Next time I’m in Evereve I might try on those black pants in a different size and see if they might work! I still think this is a great box to try, it’s just $1 (and that dollar goes toward anything you might purchase) and it’s one of the lower-risk boxes I’ve tried. Let me know if you try it for yourself, I’d love to know what you think! 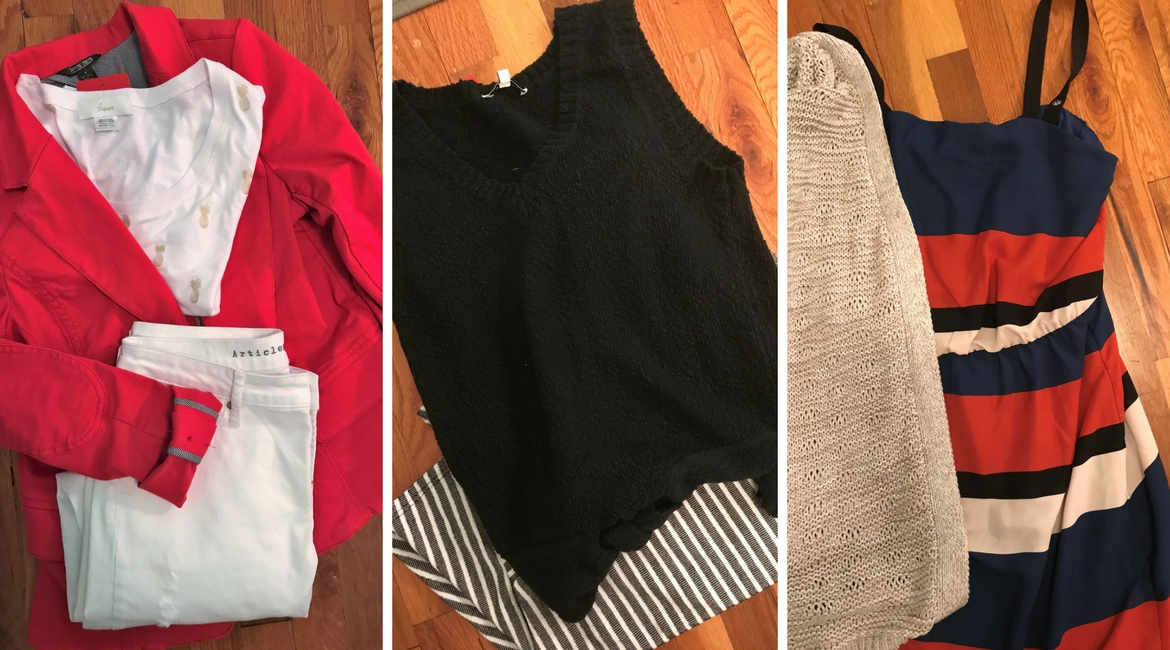 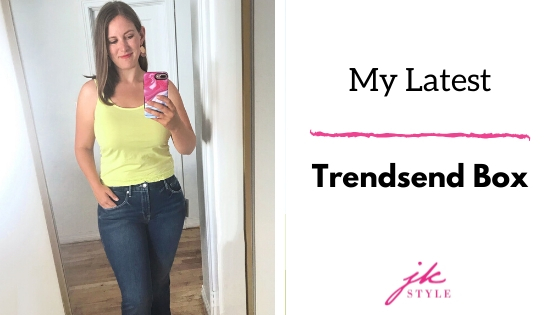 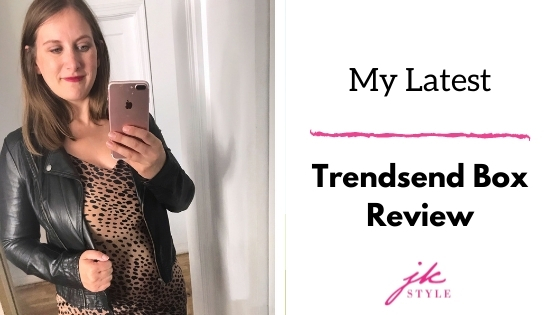