I’m probably going to lose some friends over this post, I know, but today I’m going to touch on the beloved flip-flop, and it’s not going to be pretty. 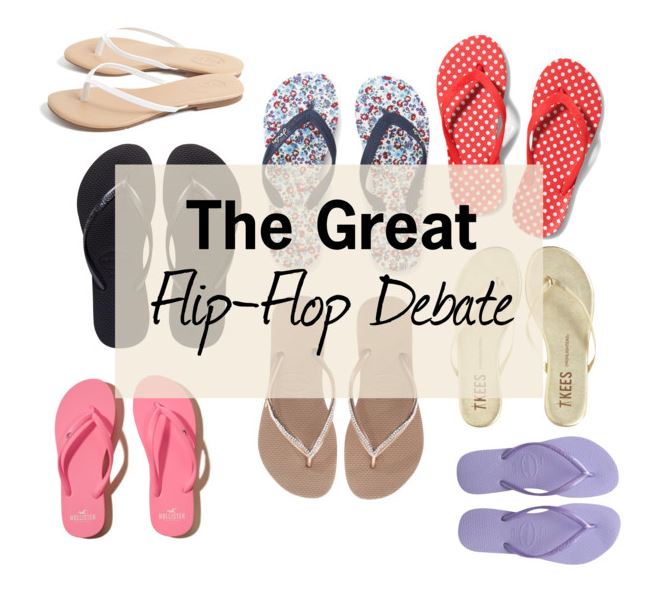 Now, I own flip-flops (several pairs, in fact) and I used to be a big fan. In fact, when I started high school, wearing flip-flops was against the school dress code so I told my School Board President dad that it was a ridiculous rule and they should take it out. And they did. You’re welcome, Minco High. (Though I’m fairly certain no one was actually enforcing this rule at the time.) And yet, here I stand, telling you it’s time to look for some alternatives.

Now I have no problem with flip-flops as  they are intended to be worn – at the beach, in the shower at the gym, even a quick trip to the store (if you must). But if you’re trying to dress up? Skip them. Remember the mini-scandal a few years back when a women’s lacrosse team visited the White House and people were outraged some of the girls had worn flip-flops? (Yes, a rather ridiculous mini-scandal.)

Do I think these girls were intending to be disrespectful? No. Did they deserve to be called out in the national media? No. Come on, it’s a bunch of college girls who got dressed up just like they would have dressed up to go anywhere else. What they did do, however, is show their age (they were college students after all!). Now if you’re still wearing flip-flops for dressy occasions – parties, weddings, visiting the White House, etc., might I suggest you try to take things up a notch? (Or three?)

Take this look, for example. Start from the top- it’s classy and sophisticated. Once you get to the shoes though, blah. 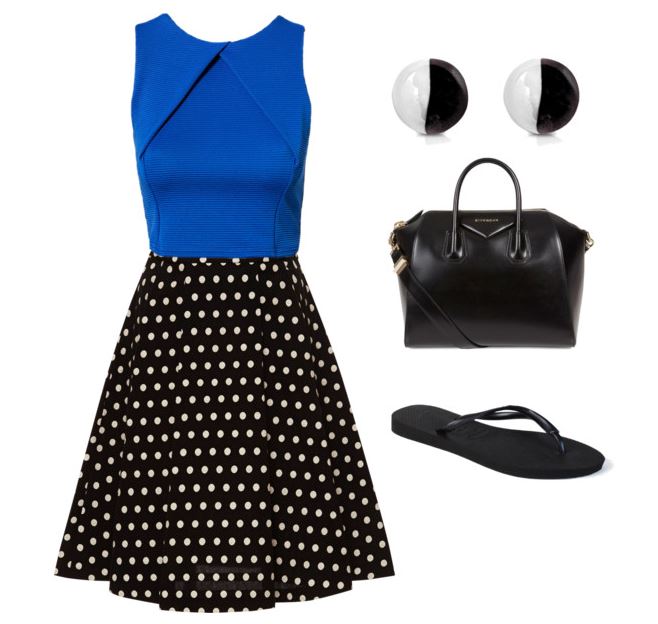 Same outfit with a different shoe? 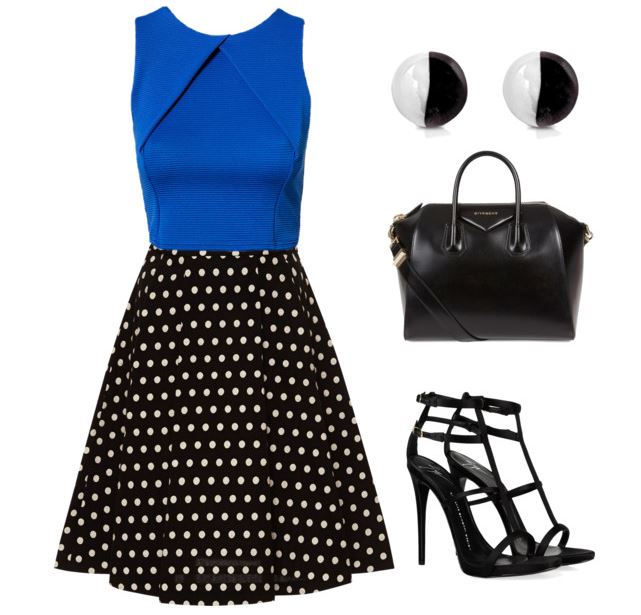 What a difference that makes! And don’t feel like you have to do a high heel! If those aren’t your thing, there are tons of lowered heeled sandals or even flats that will do the trick.

A casual outfit can still stay on the more mature side (in a good way!) by picking some flats rather than flip-flops. 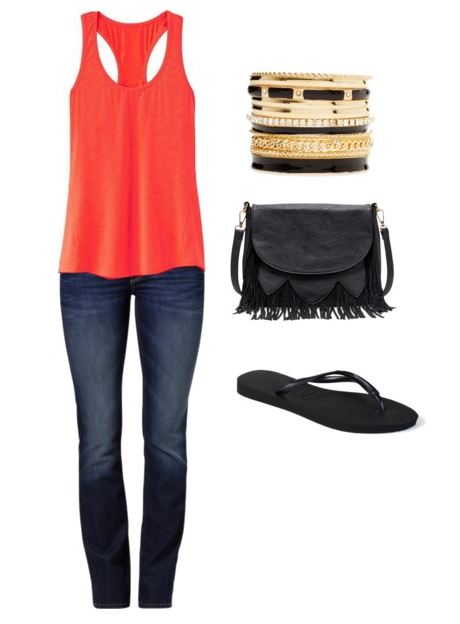 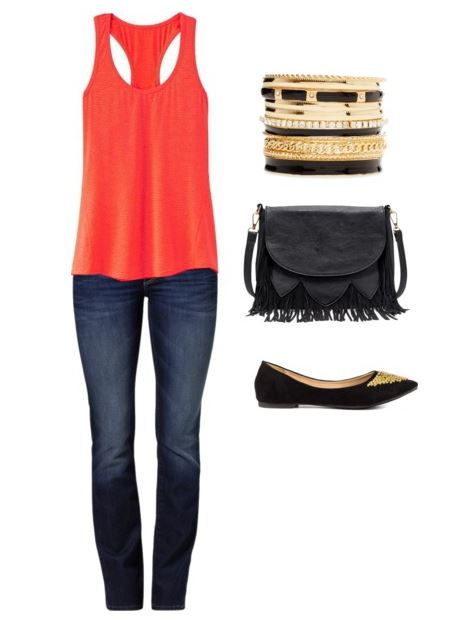 And maxi dresses and skirts are about the easiest and coolest things to throw on in the summer heat. So, why make them look a little sloppy with that piece of foam or cardboard-equivalent attached to your feet? 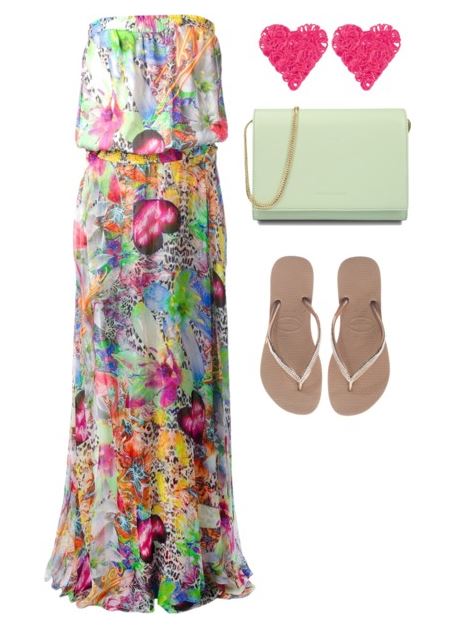 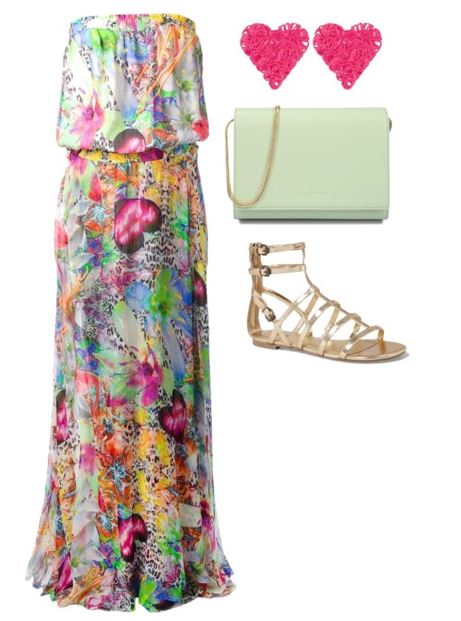 Unless you’re headed to the gym or lounging by the pool, check out some alternatives before you grab those flip -flops again! And if you won’t take my word for it, in the words of Tim Gunn:

And then there’s the flip-flop phenomenon. Ugh. How is it that these slabs of rubber can proliferate so, even in winter? Where is this taking our society and culture other than into a long and winding fashion decline? 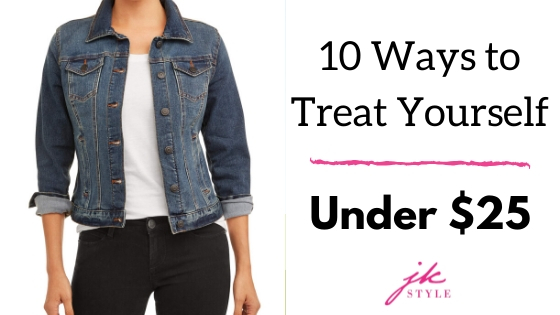 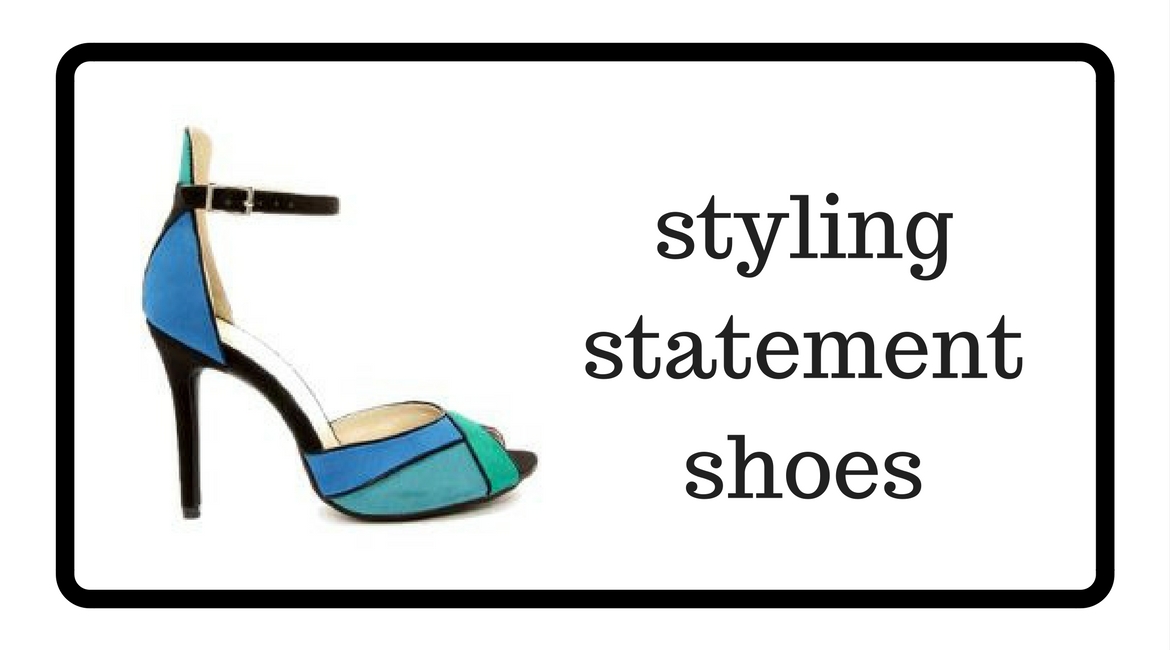 How to Wear, Shoes, Style